The G24 is an entirely new type of stereo compressor – aimed at mix and mastering functions. Similar to it’s sister and predecessor, the G23 EQ, it’s for those situations where you have a mix that is already nearly-perfect balanced, but you want to control some part of its dynamic without messing up the overall definition.

Gentleness and subtlety were again our main design targets here: This compressor is based on a carefully designed fully passive signal path, consisting of one metal film resistor, one audio transformer and one photo resistor per channel. That’s it. Nothing more.

Yes, the elaborate sidechain and controls need active electronics (and thus a power supply, contrary to G21) – but all these analogue engines only ever interacts with your audio by directing a bit of light to an array of photo resistors dragging that channel towards one or the other phase of the opposite channel signal. Nothing else.

We believe this to be the most important innovation in the G24, the passive audio path – inspiration and technology borrowed from the notorious G21. But this is far from the only innovation that sets it apart from every other compressor out there: Most of it’s intricate control system was conceived from scratch, following a stringent “what-if” paradigm of research, trial and error.

Dual sidechain
No, not a dual-mono option, but two complete and separate stereo-compressor sidechains acting simultaneously on the signal. Equals two separate stereo compressors. You can use one to grab short transients with fast timing, and the other to slowly ride gain… On top of this we give you the “Control” pot, that morphs seamlessly between the two compressors

Compression Fully variable from FeedForward to FeedBack
Now wait, two individual compressors, you say: But how do we decide which of those comes first? Kinda important factor in compression, is it not? Aah yes. We included a “Feed” control for your convenience, allowing you to dial in a setting from feed-forward to feedback INCLUDING everything in-between. You are not limited to having just one of them first (or last) – you can set both of them as you want, e.g. having both first (!). Uh – and you can set them in-between also, off course – you may realize that FF and FB compression are subjectively perceived as two very different beasts – and the continuous but counter-intuitive fade between their ways makes a lot of sense in real-life use.

Mono-compatible Sidechain signal summing for M/S collapsing to make sense
When initially trying to think up this compressor, the main design obstacle was about keeping the sidechain (relatively) simple. As we really want both L, R, M, and S to be able to contribute to the derived control voltages (because it’s a MS-compressor as well as a LR), we could not simply add input/output signals to derive a singular signal for the sidechain, as this would completely cancel out the “Side” part of the signal, leaving us with only “Mid” component. One – in reality almost impossible – option would be to build four tracking sidechains, and then sum them before Ratio control.

What we did is something old and new: We re-purposed ancient signal processor theory that was aimed at maintaining mono compatibility for stereo signals e.g. when transmitted over AM/Mono – this processor shifts signal phase +90 and -90 degrees in the two (LR), which ensures that when adding the two channels after processing, you get +3dB Side component and +3dB Mid, in stead of loosing all “S” and getting +6dB of “M”. At the same time, this transformation ensures more precise sidechain amplitude demodulation – and thus much less modulation artifacts when compressing audio. A variant of this is known as the “Hilbert transform”, and is gaining popularity in DSP/Plugin compression as well (where it’s MUCH easier to implement 🙂 )

Emphasis: Sidechain Tilt eq
As the last control on the front plate, above the “Output ” trim gain, we have the “Emphasis” control. This is a simplified version of our G23 tilt equalizer, applied to all the sidechain signals. Neutral when centered at 12:00 , it will emphasize high frequencies when turned clockwise – and low frequencies when turned counterclockwise. Use this control to slightly control what part of your spectrum will activate the compression.

One meter – some metering compromises.
As we are trying to indicate gain reduction going on simultaneously in four domains (L, R, M, S) with a single meter, we have to do some compromises on reading. What we have chosen to indicate is equivalent LR compression as if applied to a 80% correlated stereo signal. This has turned out to be the best and most intuitive metering correlate to what is going on in the G24, but can lead to occasional confusion on non-standard material: If, for example, you have a mono source playing, and you set your compression “Elliptic” to “only-S-component”, then there won’t (can’t) be any difference applied to your signal despite meter indicating gain reduction. I.o.w., reducing S-component with some amount of db’s, where there’s none of it already does not compute.

The Catch…
As you may or may not know, optical compressors can no longer be sold in the EU or California. No execptions. The industry (of which I’m part) is trying to ignore this away, and the G24 was conceived as a protest against an environmental legislation that allows massive amounts of Cadmium for batteries, yet bans an entire division of audio processing in order to save the environment from the very-small amounts of Cd in these OptoCouplers. All very technical and sad, don’t get me started… The “Aggressive” part of the unit’s name comes not from it’s way of behaving, but from my aim of stirring up the soup to get some sort of focus on the unbearable situation for real pro audio because of these rules…What it sums up to is the fact that the G24 is not really for sale, as we can’t sell you it’s heart – the CdS cell. We will need to remain legal owners of that central part, and only only lease it to you temporarily.

That is; You want one, we will need you to sign an agreement that we own the heart, and that at some time (if ever), when we have found a suitable replacement material and shipped you a module containing a new and legal part, that you will open the unit, plug the new one in, and send the old one home to us. We have arranged a disposal ritual as a small yellow-orange dot on a piece of pottery from a local artist – this is one of the legal uses of cadmium. So prepare for some paperwork if you’re in the EU or California like 95% of our customers.

G24 is M/S, two sets of controls – and passive. There is an option to buffer output to ensure drive capability for difficult loads if such are encountered. G21 anyone? Bypass is as always full-relay, and G24 has a output trim function for easing comparison between direct and processed material.

The G24 is as standard available as 230V or 115V mains voltages – Please specify when ordering.

G24_Loan_Agreement
This is the document that you must print out, sign, scan and send back to us in order to qualify for buying the G24 within the borders of the European Union and the State of California. Outside of those places we happily sell to unregistered customers..

This one made by sound on sound magazine, very early the first morning of the MusikMesse when we showed the G24 first time. This goes to explain Jakob being slightly off at explaining what, how and when it does what.. 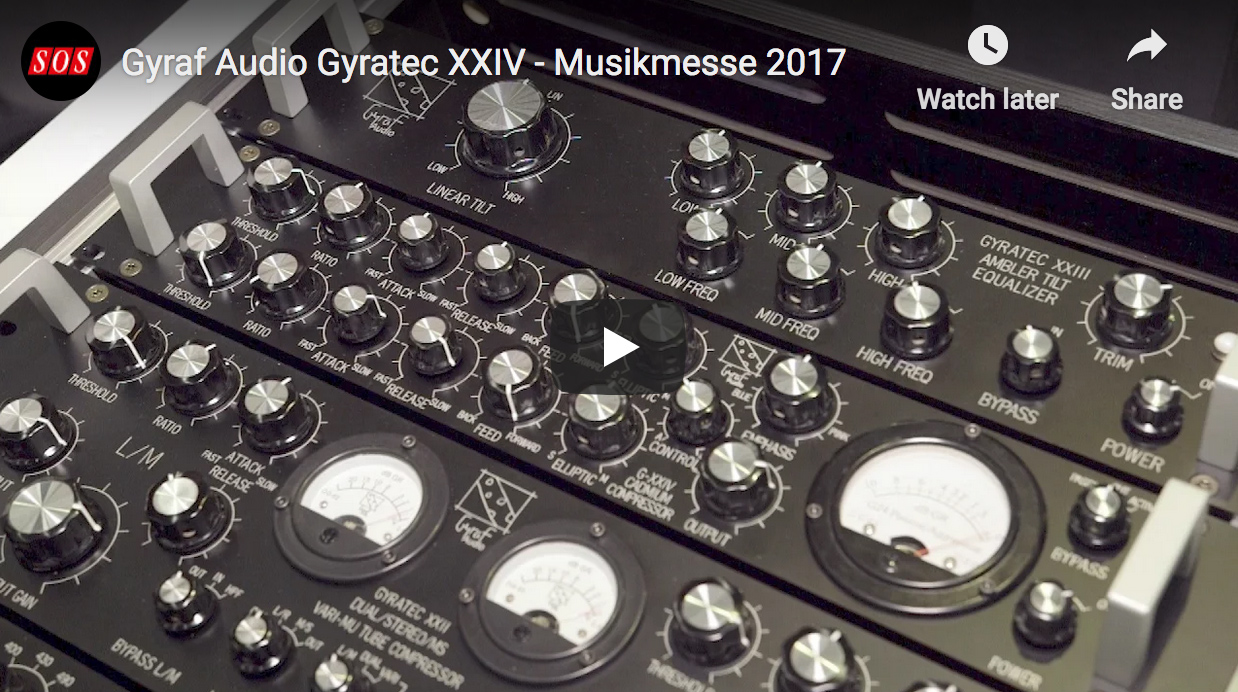